Recently Steve Jones catalogued their collection of over 500 1:1200 scale models donated to the museum early in the millenium. At the same time there were discussions on the creation of a model of the docks (year 1924) to the same scale and plans were begun in 2014. Below, progress on creating the buildings will be outlined chronologically.

Birkenhead Docks: 1924 plan of the docks including the East Float with Vittoria Dock, the West Float but excluding the entrance locks from the River Mersey. 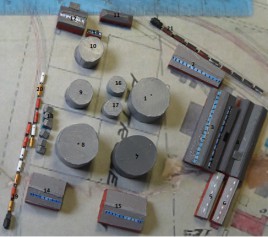 Built from 8th to 10th September 2015
Part of the petrol storage facility at the western end of the west float. It includes tanks, sheds, administration buildings, a coal train, oil tanker train and some separate rail tankers.

Built from 23rd to 25th October 2015
The main section of Vittoria dock, part of the East Float at the eastern end (River Mersey end) of the docks. Three standard cargo vessels (Blue Funnel and Clan liners from the 1920s and an Ellerman lines ship illustrate the mooring of ships. These warehouses were over 1200′ (400 meters) long.

Built on 26th October 2015
The section of Vittoria dock on the town side of Birkenhead Docks, part of the East Float at the eastern end (River Mersey end) of the docks. 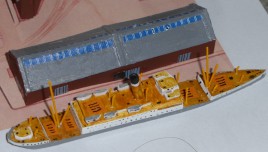 Built on 27th October 2015
The small warehouse at the end of the main section of Vittoria dock, part of the East Float at the eastern end (River Mersey end) of the docks. 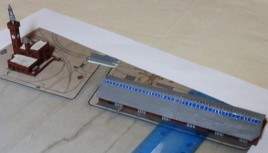 Built on 4th November 2015
East Float pump house, operating swing bridges, and warehouse complex. The 2nd bridge of the 4 bridges (from the Birkenhead end) is in situe. The swing bridges were replaced by lift bridges after world war 2. 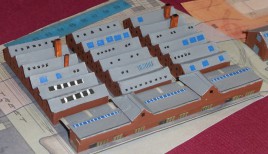 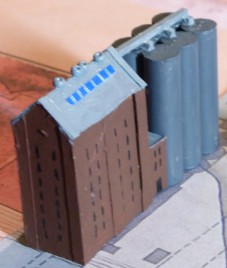 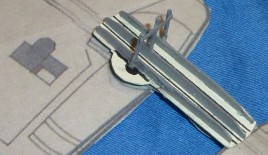 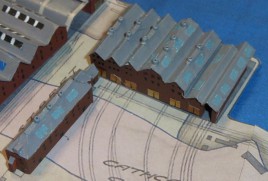 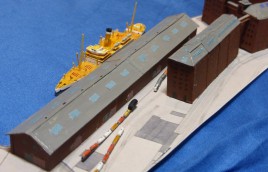 Built on 29th November 2015
Three of the four bridges dividing the entrance locks and docks from the East Float. Bridges number 1, 3 and 4 from the Birkenhead side towards Wallasey 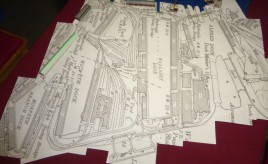 Created on 7th December 2015
From the 6″ OS map of 1924, published in 1925, the entrance docks – Morpeth, Egerton, Wallasey and Alfred docks with locks from the River Mersey.