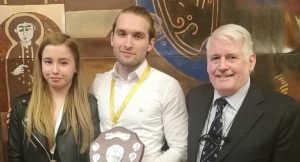 After three semi-finals, two of five and one of six competitors (see below) there was a very competitive final of six students: Földvári Blanka, Kiss Fanni, Seprényi Kitti, Nyírfa Balázs, Orsós Botond and Veress Brigitta.