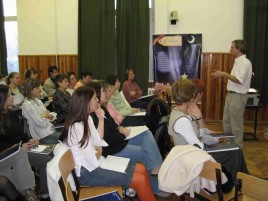 This event was additionally scheduled as an extra so Ben Wetz, Steve Jones and Kelemen Ferenc each did a plenary with Steve doubling up as Santa and Master of Ceremonies (alongside his ‘Singlish’).

Andras of Challenge travel agency also gave a presentation and provided prizes for two draws – the first of wine (accompanied by Steve Jones with 10 green bottles) and the second of a Hungarian weekend holiday with the raffle of OUP books. 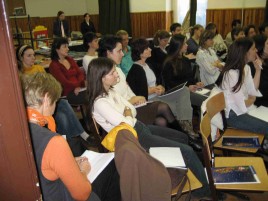 An attendance of 30 teachers from the area made the conference worthwhile.

Whilst the numbers were small the enthusiasm was certainly there. Santa appeared despite the very warm weather which appeared to have caused the delay in his arrival (lack of snow on the motorway). 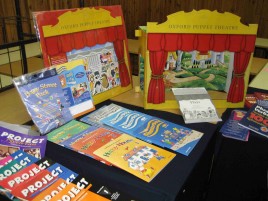 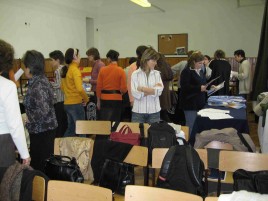