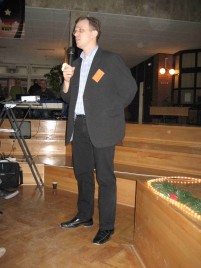 This year OUP only did a single conference in Budapest. The keynote speaker was Edmund Dudley whose two topics on Christmas on pop songs was gratefully received by those attending.
Edmund is well known at OUP conferences and has been a regular and popular contributor for several years.

The conference also included ten workshop sessions from which participants chose two to attend. There was a great variety from the significance of religion at Christmas to IT in the Christmas classroom. 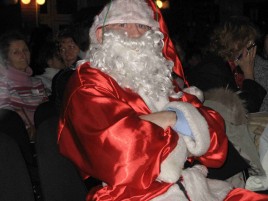 The day also saw the visit of Santa Claus and Steve Jones with his ‘Singlish’ Christmas songs.

Pictures from the event